Teddy Roosevelt- One of Our Greatest Presidents?

We Will Be Collecting Items for Valley Interfaith's Back to School Night Tonight!

Tonight’s Thesis:  Was Teddy Roosevelt one of the Greatest American Presidents?

When we look at the pictures on Mount Rushmore of George Washington, Thomas Jefferson and Abraham Lincoln there is little doubt these are great American Presidents and heroes.   But what about the fourth President on the monument—third from left—Theodore Roosevelt.   We will learn about “Teddy”  in tonight’s class.

Theodore “Teddy” Roosevelt became president in 1901, after the assassination of President William McKinley, who was six months into his second term.  While the 26th president was no founding father, he as a key figure in American expansionism. Roosevelt’s work in creating the Panama Canal, busting monopolies in the American economy and conserving valuable public lands set a successful tone for the United States at the turn of the 20th century.  During his speeches he exercised plain, ordinary virtues, which called on all good citizens to possess common sense, honesty, courage and energy. 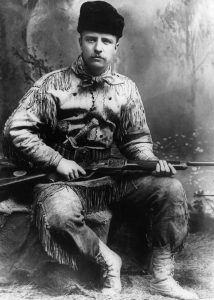 From his childhood years, where he suffered from asthma, Roosevelt took up boxing and hunting lions and his “Rough Rider” days became almost mythical in stature.   Often, crossing party lines to get things done, Roosevelt injected himself directly into foreign policy and domestic issues.   His foreign policy became known as, “Speak Softly and Carry a Big Stick.”   Roosevelt’s relationship with the Kaiser Wilhelm of Germany was similar to many of the foreign leaders who were in awe of Teddy.

Learn about Roosevelt, the “Great Regulator”  and Teddy’s domestic program named  “The Square Deal”.   Roosevelt’s helped seal his image of a cowboy soldier when he formed a group called “The Rough Riders” who would see battle in the Spanish American War.  And what about that Teddy Bear? 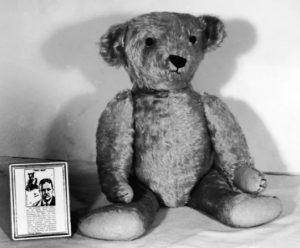 Join us tonight for focus on our early American History and learn about the life of President Theodore Roosevelt, a true President for the people.

John Keuffer is the Executive Director of Valley Interfaith, an incredible resource in Lockland which by provides emergency resources–through it’s Food Pantry and Clothing and Housewares outreach–and social support in partnership with our community and its agencies.   John will share with us a great story about the day he met motivational speaker Zig Ziglar, which will be sure to brighten your day.   John will also tell us about Valley Interfaith’s great Back-to-School program and the people that it serves.   Please help Valley by bringing a few school items to donate to this important cause for the community.   John will be with us until about 7:15 pm.

Dan Regenold: Dan first became active in Government in 2003 when he became involved fighting Eminent Domain and helping stop it in Evendale and in Norwood, Ohio. In 2006, he was one of the founders of WeDemandAVote.com which successfully fought and stopped, by ballot initiative, a sales tax increase in Hamilton County, Ohio. Later WeDemand stopped Red Light Cameras in Hamilton County.

Regenold spoke at the CPAC Convention in 2008 to discuss major Grassroots initiative actions across the United States.   In 2009, Dan was unsuccessful in his efforts to bring accountability to the Federal Government’s finances with a citizen lead initiative WeDemandABalancedBudget.com.  In 2010 Regenold was one of three leaders of the initiative to End Ohio’s Estate Tax which happened in 2011. The Tax Foundation called the repeal of Ohio Estate Tax one of the most important Tax accomplishments of 2011. In 2011 Regenold founded EmpowerUAmerica.org (starting it’s 24th semester in Fall 2022), a Free University offered in the Greater Cincinnati area with the goal of “empowering” citizens.

In 2014, Regenold was one of the leaders of the effort to separate Music Hall from a County Wide Sales Tax which helped the Museum Center renovation get passed by the voters of Hamilton County.   Dan has recently concentrated his efforts on the mess of Public Education in Ohio and specifically on topics like School Choice and Critical Race Theory.   Dan is a lover of Liberty and enjoys speaking to EmpowerU classes about subjects he is passionate about.  Recently he has discussed:  Milton Friedman, Saul Alinsky, Net Neutrality, D-Day, The Deficit, The Dangers in America, Public Education  and Winston Churchill at EmpowerU Classes.   Regenold is founder and Chairman of FrameUSA.com, a Made-In-America picture frame manufacturing company in Springdale, Ohio.

John R. Keuffer, III is a Cincinnati native currently residing in Clermont County Ohio with his wife Kendra (a Police Officer) and his 9 year old daughter Gracie.  John has over 31 years as a Nonprofit professional.  He started his adult career as a Police Officer and held positions as a talk radio show host on WIZF-FM, WAIF-FM, and WCIN-AM for over 12 years discussing community issues.  Mr. Keuffer was a partner (since retired) in a Celebrity Marketing firm; handling the marketing and charity relations for Pro Athletes and Musicians.  This position led him to represent several New England Patriots players for 13 years and some Rock n Roll Hall of Fame musicians.  Mr. Keuffer has produced seven Sports Specials for FOX and ESPN.  Mr. Keuffer enjoys time with his family and helping NPO’s that are struggling.