Leonard Franklin Slye, famously known as Roy Rogers and the man who would become known to the world as the “King of the Cowboys” was born to Andrew & Mattie (Womack) Slye in Cincinnati, Ohio in 1911.His family lived in a tenement building on 2nd Street in downtown Cincinnati.  When he was just a year old, his family moved to Portsmouth, Ohio on a houseboat and Leonard spent his formative years in Portsmouth, Ohio.  Leonard attended McDermott High School until his sophomore year when his family moved back to Cincinnati, where his father worked in a shoe factory.

He was an American cowboy actor and singer who glorified the cowboy era in Hollywood with his charming singing and action-packed acting.  For many Americans and people throughout the world, he was the embodiment of the all-American hero. Rogers’ humble background and the financial adversities that he faced when he was young did not stop him from becoming a matinee sensation and an American legend;  From 1939-1954, he made it to the Motion Picture Heralds’ Top Ten Money-Making Western Stars Poll and was listed in it for 15 years at a stretch. In the early 1970s, he sold the rights to his name to the Marriott corporation and they used his name, which represented his stature, popularity and fan following, to convert their Hot Shoppes locations to ‘Roy Rogers Restaurants’. 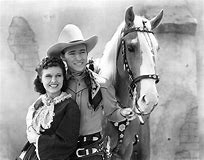 Tonight we will take a walk through the life of Roy Rogers.   John will discuss Roy Rogers from 7:30-8:30 PM.

Don’t forget to wear your cowboy or cowgirl hat!

Candidate for Ohio State Senate, 9th District, Orlando B. Sonza Jr., will speak at EmpowerU on why he’s running for state office, how he plans to win this race, and give you an update on his campaign.  If you live or know someone who lives in the 9th district and hasn’t met Orlando, this is your chance.  Orlando will speak from 7:10-7:30 PM.

John O’Neill–In John’s 35 year professional career he has participated in and managed people and projects in the corporate as well as the consulting services industry. His professional background includes significant career experience in a broad spectrum of business disciplines including sales of technology resources, corporate and consulting services management, software development and personnel training.

Orlando Sonza is proud to be an Ohioan. A second generation Filipino American, Orlando was raised in New Jersey and attended the United States Military Academy at West Point. While there he met his wife, Jessica, a Mexican/Filipino American, fellow Academy classmate, and Cincinnati native.

Orlando graduated top ten in his class at West Point where he majored in political science and minored in systems engineering. Upon graduation, he and Jessica both commissioned as second lieutenants in the U.S. Army. Orlando served on active duty as an Infantry Officer and Finance Officer with the 3rd Infantry Division at Fort Stewart, Georgia.

After leaving active duty, Orlando and Jessica moved to Cincinnati to raise a family. While helping to raise their kids, Orlando obtained his master’s degree in taxation from the University of Cincinnati and his law degree from Georgetown Law. Orlando is an Ohio CPA with experience working in Big 4 Accounting as a senior tax accountant. While in law school, he was a legal intern at the U.S. Department of Justice, Criminal & Tax Divisions. Orlando currently works at the Hamilton County Prosecutor’s Office.

Orlando and Jessica currently live in Springfield Township with their four children.