To View a Complete Recording of this Class Click Here

Thanks to Susan Eichel for sponsoring this class!

“You are betraying your whole life if you don’t say what you think! ”–Charles Krauthammer

Charles Krauthammer was a beloved political pundit and the foremost conservative thinker of our time.  In 1987 Krauthammer won the Pulitzer Prize for his column in The Washington Post which was syndicated to more than 400 publications.   From his work as a Fox News Contributor to his acclaim for his writing on foreign policy (Reagan Doctrine) Charles work stands unmatched.

Through video clips and a review of several key essays in his books “Things That Matter” this class will be a eulogy of his work.  What was Charles impact on Journalism?   What were his views on the most important issues of our time–Health Care,  Climate Change, Immigration, Gun Control and the Wall?   Learn how Reagan altered the “trajectory of the country”.  And what about Trump?    Charles’ actual words will help us walk you through his class.

Join EmpowerU Managing Board Member Dan Regenold as we say goodbye, farewell to America’s voice of reason.    During this class we will ask you to look at your beliefs and compare them to Krauthammer’s.   Maybe it is time for a reset on a few of your ideas…    Are you up for the challenge?   Get ready for this fast-moving class–put your seat belt on and be ready to think and learn!

“I leave this life with no regrets.   It was a wonderful life—full and complete with the great loves and great endeavors that make it worth living.”

Regenold spoke at the CPAC Convention in 2008 to discuss major Grassroots initiative actions across the United States.   In 2010 Regenold was of three leaders of the initiative to End Ohio’s Estate Tax which happened in 2011. The Tax Foundation called the repeal of Ohio Estate Tax one of the most important Tax accomplishments of 2011.  In 2010 Regenold formed WeDemandABalancedBudget.com a failed attempt to mandate Congress to pass a Balanced Budget Initiative.  In 2011 Regenold founded EmpowerUOhio.org (now in it’s 16th semester), a Free University offered in the Greater Cincinnati area with the goal of “empowering” citizens.   Regenold is CEO of Frame USA, Inc. in Springdale 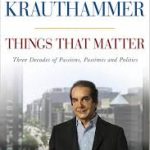