Wild Birds Unlimited : Everyone loves hummingbirds, but what about all the other wild birds. Take 20: Tom Hagedorn talks about American Education.

WHO ARE OUR BACKYARD BIRDS?   HOW CAN I ATTRACT THEM TO MY BACKYARD?  Tim Coates who  has owned and operated Wild Birds Unlimited in Forest Park for over 20 years  will share his vast knowledge and first hand observations of Backyard Wild Birds and help us make them our Backyard Buddies.  Moreover, His presentation style and sense of humor will keep you entertained throughout his class! 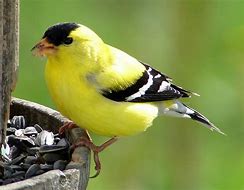 Wild Birds is a nation-wide franchise with over 300 stores in 45 states and four provinces in Canada and is headquartered in Indianapolis, IN.  They have been serving the Backyard Birding community for nearly 40 years.  Tim will share his insight on topics including, “Who are our Backyard Birds”, “How Can I Attract Them to My Backyard”, “Selecting Food and Feeders to my Backyard” and “The Wonderful World of Bird Behavior”.  Tim will also be glad to answer any questions you have so bring them with you!

If you are a bird lover you will not want to miss this class, and if you are not you may just turn into one!

Join Tom Hagedorn as he talks about American Education and its Takeover by International Socialism. International socialism began its nearly complete “long march” through every major American institution over one hundred years ago. Education was a prime early target. They knew that Abraham Lincoln was right when he said, “the philosophy of the school room in one generation will be the philosophy of government in the next.” The leader of this sinister mission was John Dewey, a self-proclaimed democratic socialist, who is widely recognized as the Father of American Education. This class will take you on a quick tour of the persistent war waged by American Marxist educators since the 1920s, when Dewey came back from a tour sponsored by Stalin’s Russia to write glowing reports of conditions in the Soviet Union. Dewey and other socialists hatched their plans in the 1930s at Columbia University and started to recruit followers at the highest levels of American education. You will learn how their plans were methodically implemented and fine-tuned over every generation since then, into what is known today as progressive education. This system, intended only for a socialist America, has dominated education in public, private, and even religious schools for some time. In many ways, it explains both WHY and HOW traditional Christian norms in law, morality, and society have been replaced by the radical secular absence of standards that now dominates American thought, culture and society. Progressive education has set the stage for a peaceful revolution.

Tim Coates: Tim opened Wild Birds Unlimited in Forest Park, in October, 1995.  He has grown it into the largest store to include not only fresh, no-filler seeds and seed blends, but also state of the art feeders, houses, birdbaths and an exclusive Advanced Pole System.    There is a huge assortment of nature and backyard books, field guides, garden art, and wind chimes.  Additionally, the store includes an entire squirrel department with feeders and toys, just for squirrels.

He was raised in Illinois farm country, attended the University of Indianapolis, and arrived in Cincinnati via Federated Department Stores in the late 70’s.  Tim has appeared on Live in the Morning, WXIX Channel 19, and gives about 3 to 4 talks every month.  He has lived in the Cincinnati area for over 40 years, has two sons, Robert (39) and Garrett (37), and two grandchildren.

Tim has created a welcoming atmosphere in which to browse and relax, while enjoying a complimentary cup of hot tea, coffee, apple cider or hot chocolate along with a bag of snacks.

Tom Hagedorn: Tom has been studying American Education for 30 years. While pursuing an independent study of the history of the Buckeye State, he stumbled upon a sentence in the Ohio Constitution that would change his life forever: “Religion, morality, and knowledge, however, being essential to good government…it shall be the duty of the general assembly…to encourage schools and the means of education.” His shock that the public schools were created to support religion and morality led him on a long, tedious journey. Eight years ago, he published “Founding Zealots: How Evangelicals Created America’s First Public Schools, 1783-1865.” It tells how those first schools came about and what they were like. But it also describes in detail how this story has been ignored and distorted by the progressive historians who have a very different vision for American schools, society and government than did our Founders.

Tom has been providing investment advice to individuals for four decades. When he was not researching and writing Founding Zealots, he was involved in various political, charitable, and community activities. He remains active in all those things and in the fight to return the schools to a traditional role in American society, in service to their parents and to their parents’ values.