Pretty incredible visit to Union Terminal last Wednesday during Brian Thomas’ Listener Lunch.    I have studied the finances, the plan for Issue 8 and just about everything else about Union Terminal but this was my first real tour through the trenches.   What follows are a few interesting pictures for those of you who can’t tour the building yourself.    Our guide, Mary Lou, shown below did a GREAT job taking us around the building.

Tower A is incredible and at one point was the central point for all arriving trains.   The board they used was old by technological standards but looking at the Board and out the windows overlooking the tracks it game me a real feel for what traffic in the Terminal was like many years ago. 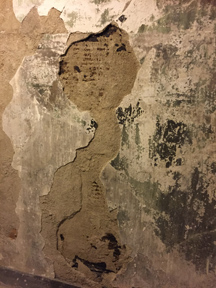 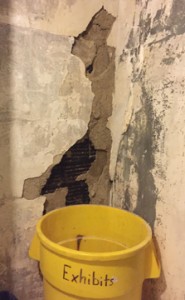 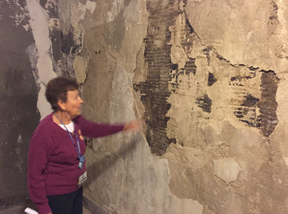 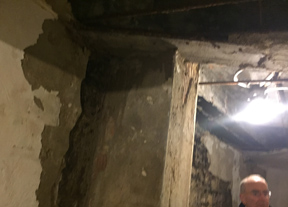 The real problem with the building is water.   For those of you who have had water problems in your home you know it is totally unforgiving.   These four pictures represent areas less than 3 feet away from the main Rotunda of the building where the murals are currently housed.     This is a major problem that will continue to escalate.   (Picture #3 includes our great guide Mary Lou). 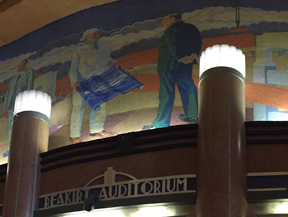 The mrurals in the Rotunda are spectacular and comprised of small little tiles all attached together.   The mural on the right is of Mayor Murray Seasongood and Colonel Henry M. Waite who was the Chief Engineer of Union Terminal.

If you get a chance make sure to take a tour of this incredible building!