What Is A Woman? –The Movie

Tonight’s Event is Sold Out!   We are at Maximum Capacity Tonight, Thank You For Your Interest!

Tonight we will be watching Matt Walsh’s powerful new Documentary, What is a Woman? 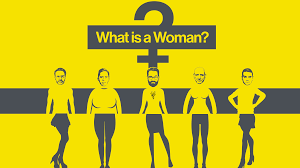 What is a Woman is the question you are not allowed to ask.   The documentary they don’t want you to see.   Join Matt Walsh on his often comical, yet deeply disturbing journey, as he fearlessly questions the logic behind a gender ideology movement that has taken aim at women and children.  Watch “What is a Woman” with your friends at EmpowerU.

Tonight, while watching the movie, you will learn more about the Gender Ideology that is taking over the United States of America.   Currently about 5 percent of young adults in the U.S. identify as transgender or nonbinary.  42% of adults now say they know someone that is transgender and a little over a quarter of adults say they have a friend who is trans.   Many people believe that the transgender adult population of .6 percent has doubled from the most widely accepted projection of .3% of the population used just 5 years ago. 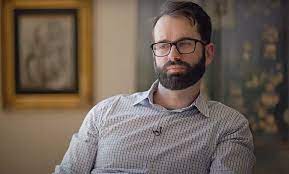 What is the reason for this huge increase in transgender population?   The movie will discuss, in depth, Gender Transition Surgery and how this is being introduced in schools and governments across America.  Learn more about how our kids are being indoctrinated and how schools have begun to talk to students about Gender Dysphoria without their parents approval or knowledge.   In some cases parents have found themselves against the law as they try to stop their children from undergoing damaging surgery which cannot be reversed.   A recent study found that after surgical reassignment, the suicide rate of those who had undergone sex-reassignment surgery rose to 20 times that of comparable peers.

After the movie we will “speak freely” and discuss Gender Ideology and the movie.   We will look forward to hearing your input and thoughts about “What is a Woman?”   And as always, the popcorn will be supplied by EmpowerU!

About Matt Walsh and the Daily Wire

Matt Walsh is a popular writer, blogger, and speaker. His columns on The Daily Wire are read by millions each month. Matt is well known for his controversial and provocative insights into culture, politics, and religion. He lives outside of Baltimore, Maryland with his wife and two children.

The Daily Wire (www.DailyWire.com)  The Daily Wire is an American conservative news website and media company founded in 2015 by political commentator Ben Shapiro and film director Jeremy Boreing. It is the second most popular publisher on Facebook, and produces podcasts such as The Ben Shapiro Show.