**This Class is SOLD OUT**”Tell the truth and let the world decide”. This simple eight word sentence captures the very essence of the Voice of America. It was guiding principle when it was founded more than 70 years ago and it serves today as the core mission of this venerable institution. The can-do, pioneering spirit of journalists and engineers of the 1940s made VOA a powerful voice of truth and fact during a time of propaganda, hate mongering and lies. Engineers based in Cincinnati designed and built a radio transmission facility, thought not possible by their peers. The facade of the classic Art Deco style building has been restored and the interior is being constructed as a museum highlighting the important accomplishments both yesterday and today. The museum also holds one of the most complete inventory of radios dating back to the Marconi era. After the speaker there will be a tour, participants will have the opportunity to see the new Powel Crosley Exhibit which opens in September. For more than 70 years, an iconic building has dominated the landscape on a plot of land located just north of Cincinnati, in West Chester Township, Ohio.  For thousands of area residents, the Art Deco façade has been a landmark.  More significant is that for many, living in foreign lands, it remains a source of inspiration.  It was from this site that millions of people in thousands of cities and hamlets worldwide first learned about the United States.  Our culture, values and dedication to freedom and the democratic process became bright beacons of hope and aspiration as the Voice of America beamed its broadcasts from this rural hill top in Ohio to millions around the world.

Jack Dominic has served asExecutive Director the National Voice of America Museum of Broadcasting since March 2014.  He is also an Adjunct Professor at the University of Cincinnati teaching in the eMedia Division of CCM and formerly served as an adjunct professor at NKU. He spent more than 38 years in public broadcasting retiring as VP&CET Station Manager CET, Cincinnati’s public TV station. Dominic writes and blogs about technology and media and has served on several national committees and working groups for public TV.  He was one of five participants in a project based at the Smithsonian Institution in the 1980s that investigated the use of computer technology to map, photograph the entire United States and to freely distribute this information electronically.  This project was undertaken well before the advent of Google Earth and other services now taken for granted. 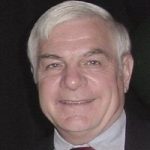