The Robot Next Door

The Robot Next Door 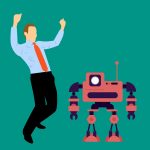 To view a complete recording of this class click here Human activity is, or soon will be, assisted, monitored or replaced by evolving technology.  Both fear and wonder accompany the rapid development of artificial intelligence. Greg Lawson, Senior Policy Analyst at the Buckeye Institute and Joe Platt examines the vast changes we can expect in jobs, society and public policy as America transitions to an automated economy where the labor of humans has an ever decreasing role. The needs of American workers and millions hoping to become Americans through amnesty are merging as we experience the greatest economic and societal transformation in our history? RSVP today and look ahead with EmpowerU. The future is now!

Greg R. Lawson is the Senior Policy Analyst at The Buckeye Institute.

In this role, Lawson works with all members of the Buckeye research team with a particular focus on local government and education issues. He is also Buckeye’s main liaison to the statehouse where he educates policymakers in both the legislative and executive branches on free-market solutions to Ohio’s challenges.

Prior to his position at Buckeye, Lawson served in the Ohio General Assembly as a Legislative Service Commission Fellow. He then went on to several government affairs roles focusing on numerous public policy topics, including Medicaid, school choice, transportation funding, and Ohio’s Building Code. He also has a background in PAC fundraising, grassroots organizing, and communications and served for five years on the boards of two Columbus-based charter schools. 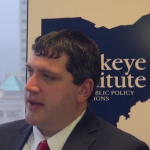 Joe Platt, a self-employed attorney, is a father of four and husband to one. He is keenly interested in societal change and its impact on liberty and freedom of citizens of  America, the greatest nation on Earth. 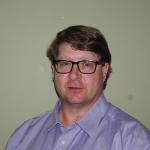