Prepare for the Digital Dollar and a talk on Civil Disobedience

Move over Bitcoin The Federal Reserve is taking what may be the first significant step toward launching its own virtual currency, a move that could shake up banks, give millions of low-income Americans access to the financial system and fortify the dollar’s status as the world’s reserve currency.  The idea of creating a fully digital version of the U.S. dollar, which was unthinkable just a few years ago, has gained bipartisan interest from lawmakers as diverse as Sens. Elizabeth Warren (D-Mass.) and John Kennedy (R-La.)

The explosive rise of private crypto currencies in recent years motivated the Fed to start considering a digital dollar to be used alongside the traditional paper currency. Although crypto currencies like bitcoin are digital, a Central Bank Digital Currency would be fundamentally different from current cryptos because it would still be controlled by a central bank rather than a decentralized computer network.

China’s central bank is rolling out its own digital yuan as it cracks down on the mining and usage of crytocurrencies within its border.

In May, Goldman Sachs launched their Digital Assets dashboard which provides daily and intraday cryptocurrency market data and news to their clients.

Barb Horwitz speaks on Civil Disobedience. Remember the sit-ins at segregated lunch counters in the South in the early 60s?  Remember the flag burnings to protest the Vietnam War?  And more recently, think about Edward Snowden’s release of highly classified NSA documents to bring public awareness of the government’s unconstitutional surveillance practices and infringement of civil liberties.  These are examples of civil disobedience, which is the active, non-violent refusal to accept the dictates of governments.  It’s a grass roots form of action when traditional methods of protest such as petitioning, lobbying, marching, and voting have failed to get a response from the government.   It came to public attention in the mid-1800s through the work of the famous American philosopher, Henry David Thoreau, and achieved its greatest recognition when Martin Luther King used practical methods to implement it during the fight for civil rights in the 1960s.  We’ll take a look at Thoreau’s and King’s thoughts about it tonight, and see what insights they can give us today to meaningfully react to and protest current governmental policies. 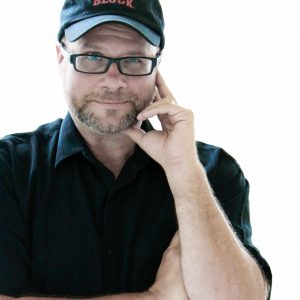 Michael Hiles: Michael is a business executive focused on early-stage technology research and development. As a software engineer, he is a technology solutions architect with marketing, business operations, and financial experience. Michael began developing software on mainframe systems at an early age in the late 1970’s. He began his career in the early 1990s as a software engineer for Sabre Systems and Services, which later became Manatron – a provider of local county government enterprise solutions. In 1995, Michael founded SoftLynx Interactive, one of the first web development companies in the Cincinnati, Ohio, area.

After exiting his web development firm in 2000, Michael sought to bring web technology to other industries. He became the lead internet architect for Proware, a Cincinnati-based govtech software provider. Proware builds judicial management solutions, and Michael’s team won a Smithsonian Laureate Award for being the first to ever connect a judicial system to the world wide web (courtclerk.org).

Michael served as President of the Board of Directors for the Franklin County Economic Development Commission in Franklin County, Indiana in 2012. While acting as board president, Michael’s efforts led to the creation of a local business development TIF district and relocation of a large manufacturing plant (Uni-Ref) into a vacant facility, creating many career-wage jobs.

He launched the Cincinnati chapter of Founder Institute, the local operation for the Silicon Valley-based global accelerator founded by Adeo Ressi. In three years, the local accelerator launched almost 30 companies with pre-money valuations of $1 million each.  Early in 2017, Michael formalized the founding team and launched 10XTS, a provider of blockchain information governance, risk, and compliance information and data solutions. 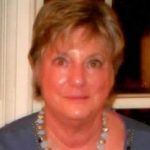 Barb Horwitz: Barb was a member of the Butler County, Ohio, legal community for many years, serving first as a paralegal in two general practice firms, then as the bailiff for retired Common Pleas Judge Michael J. Sage, and finally as an attorney in a firm where she specialized in insurance litigation and consumer bankruptcy. She has continued her practice of insurance law and consumer bankruptcy in a partnership with her son Jonathan Horwitz at offices presently in Centerville, Ohio.

She resided for many years in Springfield Township, where she served as a president of the View Place Civic Association. In addition, she has volunteered in several political campaigns. She and her husband Gary have now resided and raised their family in Wyoming for several years.