Is the Ohio Republican Party Corrupt?

This Class is a Virtual Only Class
Please Register for This FREE Class Below
,

To Watch a Complete Recording of Tonight’s class– Click Here

EmpowerU is providing a forum for discussion and debate of public issues, and in light of the lawsuit that has been filed, by Bainbridge, Rosenberger and others as listed below, we seek to obtain more information.   EmpowerUAmerica.org is not supporting or ratifying the statements provided by the presenter but simply seeking more information and clarification.

Mark Bainbridge is a retired partner from the Big Four Accounting firm of Ernst & Young.   He is also a member of the Ohio Rebublican State Central Committee.  Bainbridge and four other members—JoAnn Campbell, Joe Miller, Laura Rosenberger and Denise Verdi have filed a lawsuit against Ohio Republican Party Chairman Robert Paduchik, accusing him of misreporting over $3 million in missing funds, without adequate explanation, among other violations.    Bainbridge and the other plaintiffs demand accountability from Paduchik and other party leaders. 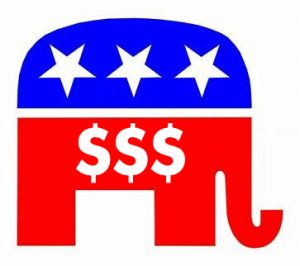 Among other findings, the plaintiffs detail significant funds that have gone missing from ORP financial statements without adequate explanation, including but not limited to $1.7 million that disappeared in 2017, $437,000 in 2019, $638,000 in “Accounts Receivable” that were established in 2017 and 2018 and then written off in 2021, and $271,000 this year—a total of more than $3 million. Furthermore, the plaintiffs claim Paduchik wrongly supported candidates who were unendorsed by the ORP and improperly removed the plaintiffs from their committee assignments including the Audit Committee and Fiscal Review Committee after they raised financial questions and complaints about his chairmanship.  Also named in the lawsuit is ORP Treasurer Dave Johnson, who was responsible for overseeing the unexplained missing funds.   Read Treasurer Johnson’s letter on the subject here.

Mark Weaver, an Attorney for Robert Paduchik and the Ohio Republican Party just sent a letter to EmpowerUAmerica.org denying any allegations of financial mismanagement at ORP–Read His Letter Here.    Weaver also sent a document from Compass Point CPA’s about the work that they performed for the Ohio Republican Party.  Read Compass Point’s letter Here.

Laura Rosenberger, one of the plaintiffs said:  “As proud Republicans who believe in fiscal conservatism, we won’t rest until Robert Paduchik and his enablers answer for their utter ineptitude and abandon the positions of power they never should have had. The millions of Republicans across our state deserve accountability and we are demanding it on their behalf. The Ohio Republican Party needs to be saved from within.” 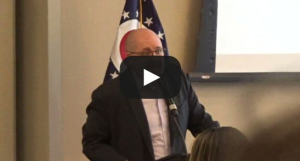 Concerning to EmpowerU is the attached video which is 24 minutes long of a Ohio Republican State Central Committee meeting which occurred on December 3, 2021.   At this meeting three resolutions were presented to the 66 members.  Resolution #1 the Bainbridge Resolution called for the financial statements of the party to be audited (claim is that the financial statements have not been audited for at least 16 years).   Resolution #2:  The Rosenberger Resolution required the recent reorganization of the chairman of Standing ORP Committees to follow Section 3 of the Permanent Rules and Revisions and “The Audit Committee”.  Watch Alex Triantafilou, as Chairman of the Hamilton County Republican Party, stop Laura Rosenberg’s Resolution for the Ohio Republican State Central Committee to adhere to their bylaws, practice good governance and to initiate an audit of the State Central Committee financial statements by referring her motion to committee–(Time 9:31 of video).   Resolution #3 The Leneghan Resolution directs handling of cash contributions and what is defined as Candidate Services, and that statewide candidates who have not been properly endorsed return all in-kind and cash contributions.

This possible issues at the Republican State Central Committee were discussed in an article in The Ohio Star written recently–Click Here.    Dirty Tricks, yes, learn about them too.   In an effort to defeat whistleblower Mark Bainbridge a man named Brian Bainbridge, WITH THE SAME LAST NAME has been recruited to run against him.   Also  Chairman Robert Paduchik possibly violate party rules by keeping the public from attending the February 4th Candidate Endorsement Meeting–Click Here.

If you are from the Republican State Central Committee and you want to disagree with any materials in this class we want to hear from you email:  info@EmpowerUAmerica.org

Mark Bainbridge is a Certified Public Accountant and a Chartered Global Management Accountant with 30 years of experience driving the financial growth and strategic development of organizations across several industries.   He possesses an in-depth understanding of board governance, corporate compliance, and ethics required to achieve board governance.   Mark is a retired Ernst & Young Partner, one of the Big Four Accounting Firms where he worked from 1973-2009.    He is a Board member with several companies across Ohio and the United States.   Mark has a been recognized throughout his career for advising on fiduciary responsibilities.  He is also an elected Ohio Republican State Central Committee member representing Senate District #16 in western Franklin and Union County.   Mark Bainbridge is shown below.

Laura Rosenberger was elected to represent Clark, Greene and Madison Counties (District 10), a hotbed of conservative political activity. She has been politically active in her district for over a decade, launching her first major statewide crusade against Obamacare with Ohio’s Healthcare Freedom Amendment. She is a homeschool veteran of 25 years who not only teaches her own children, but also classes of students in American government and literature. Her latest efforts include spearheading Ohio House Bill 387, the Election Integrity Bill, which calls for stronger citizenship ID and ballot harvesting controls. In 2022, Laura was elected as a Board Director of the Clark County Board of Elections. When not dressed up to attend a board meeting, she runs a small organic farm with her husband, her children, and her favorite AR-15.  Laura is shown below. 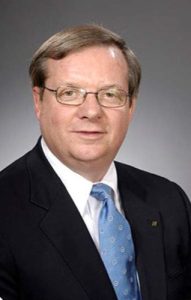 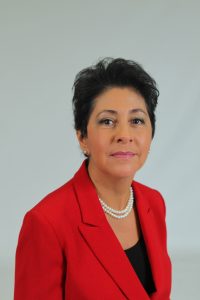