Join EmpowerU for a night at the Movies as we watch the 2010 riveting documentary “Appalachian Dawn”. The town is Manchester, in Clay County Kentucky. It is nestled in the mountains of Central Appalachia where Clay County has long been at the nexus of history. Daniel Boone left plenty of footprints here. For over 200 years, the people who followed him generated headlines of heroism and infamy.

Unfortunately, by the early 2000’s, the situation in Clay County was so bleak with vicious feuds, crushing poverty, massive pervasive government corruption and epic drug abuse (many people calling it the most drug infected County in the United States) that any family that could was trying to flee to greener pastures. Those who stayed behind fought a running battle with hopelessness as illicit drugs threatened to consume an entire generation.

And then it happened–when a desperate band of believers cried, “Enough!” Could a Community make the decision that it was going to work together for the common good and change?  Would it work? What happened when the Community asked God to descent into the town of Manchester to help? Was the result God’s work, the people’s work or a combination? Learn about the incredible story of hope and transformation on the town of Manchester, the City of Hope. Could such a transformation happen in your community? Others? Join us for an important lesson to be learned by all—with time to discuss after the movie*.

EmpowerU Will Provide the Popcorn!

*We will be watching a little over half of the movie. 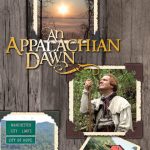