Take 20: Manfred Schnetzer's life in Germany During and After World War II

To Watch a Complete Recording of this Class–Click Here 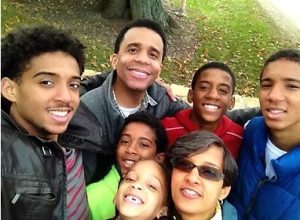 A former President of the NAACP, learn about what needs to happen in Hamilton County for us to make it great.   You will also learn about important grassroots initiatives that Christoper has lead to improve our County.   Christopher will be running as an independent in the election in November.    He will be running against incumbent Democrat Commissioner Stephanie Dumas and Republican candidate Matt O’Neill.

This is your chance to meet Christopher and find out if he is your best choice for Hamilton County Commissioner.  Christopher will be speaking from 7:30 PM to 7:45 PM.

Hear from Manfred Schnetzer- the story of a boy who grows up in Germany during World War II and his eventual immigration to the United States.    Manfred will speak from 7:15-7:40.

Take 20, Part II–Bonus Speaker–Paul Jacob will join us from 8:15-8:30 PM.   Americans for Citizen Voting works to constitutionally set voting as the exclusive right of U.S. citizens. In recent years, efforts to allow non-citizens to vote have succeeded in California, Maryland, Vermont and most notably last December in New York City.

This November, Ohio voters will see Issue 2, a constitutional amendment clarifying that only U.S. citizens are entitled to vote in all state and local elections in Ohio. In the last four years, Alabama, Colorado, Florida and North Dakota have passed such amendments with overwhelming margins.   The ACV website is here: https://onlycitizens.vote/

After attending St. Mark Elementary and completing high school at School for Creative and Performing Arts (SCPA) he moved to Bowling Green, Ohio, to attend Bowling Green State University. Christopher studied at BGSU to obtain a master’s degree in counseling. Throughout his time in college, Christopher worked as a resident advisor (RA) and, in 1990, he accepted full-time employment as a hall manager at BGSU.

It was at BGSU that Christopher met Pamela Thorton. The two began dating and soon married.Pamela and Christopher married in 1990 and, in 1997, returned to Cincinnati and settled in North Avondale. Together, they raised five children – four boys and one girl – all products of Cincinnati Public Schools.   Christopher is a Financial Planner and small business owner. He has owned and operated his financial planning practice since returning to Cincinnati in 1997.

In 2009, Christopher purchased the old Bond Hill Library and relocated his financial planning office to the building located in Bond Hill, Cincinnati. As a financial planner,  On January 15, 2019 Christopher’s wife Pamela died after a two-year battle with breast cancer and an autoimmune disease. Pamela Smitherman was an educator at Cincinnati Public Schools and left behind her husband and five children.

Christopher was elected to Cincinnati City Council on November 4, 2003, as a member of the Charter Committee. During his term, Christopher focused on neighborhood improvements. He introduced legislation to pioneer regional economic cooperation via Joint Economic Development Districts (JEDD) and Cooperative Economic Development Agreements (CEDA). Christopher also worked to firm up the city’s working capital fund and played a leading role in ending Fire Department brownouts.

On March 27, 2007, Smitherman was elected president of the Cincinnati Chapter of the NAACP. During his term the chapter’s membership increased 600% from 500 to 3,000 members and the chapter’s debt was eliminated.

During Smitherman’s time as president, the Cincinnati NAACP co-authored and co-sponsored five ballot initiatives, three of which were successful. Those initiatives that passed included defeating a county jail tax, stopping red-light cameras, and allowing voters to ratify the sale of Greater Cincinnati Water Works. In order to place these initiatives on the ballot, Smitherman helped collect more than 100,000 signatures.

Christopher ran as an Independent on a platform of balancing the budget, properly funding police and fire, and fixing the city’s pension. He went on to win reelection in both 2013 and 2017. On December 13, 2017, Mayor John Cranley appointed Christopher to serve as the Vice Mayor. Cranley also appointed Smitherman to serve on the Cincinnati Planning Commission. Christopher serves as Chair of the Law and Public Safety Committee.

In the Spring of 2020, Ohio Governor Mike DeWine appointed Christopher to serve on the State’s Minority Health Strike Force. As a member of this board, he helped craft directives to address the covid impacts on minority communities across the state.

Grade School in Stuttgart and Kempten/Allgaeu.

Started as Drafting Apprentice in 1949 in Kempten.

Immigrated to the United States in 1952 and lived in New York, Portland Maine and currently in Cincinnati, Ohio

Married Regina Hueffer of Germany in 1961

B.S. Degree in Mechanical Engineering from the University of Cincinnati in 1968

Currently V.P. of the German-American Citizens League and the German Heritage Museum.

He has six children; three boys and three girls and thirteen grandchildren. 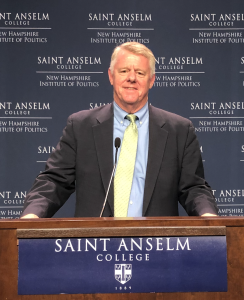 Paul Jacob is president of the Liberty Initiative Fund, a national organization helping citizens place issues on the ballot to hold politicians accountable, fight crony capitalism and protect our liberties. “If there’s anyone who’s been involved in more citizen initiative campaigns in the history of this country [than Paul Jacob],” said Los Angeles Times reporter Joe Mathews, “I’m not aware of them.” For more than a decade, Paul was the voice of the term limits movement, leading U.S. Term Limits, the nation’s largest such group.